In January 2012 the entrance to a set of chalk tunnels was uncovered during ground works associated with the construction of a new Asda supermarket to the west of Chatham Street, Ramsgate. The Kent Underground Research Group was invited to examine the tunnels, and a site visit and survey made on 13th January 2012 showed the structure to be a World War 1 air-raid shelter.

Just inside the entrance was a well preserved wooden door frame set in concrete which sloped inward at the top, approx 15cm off vertical. This type of doorway was quite common in shelters and was designed to deflect blast.

Any original steps leading down to the tunnel were covered with loose fill and debris. At the bottom of the steps the tunnel turned right to run approximately parallel with the retaining boundary wall. This passage led to a roughly circular tunnel with a blocked entrance, also with a sloping door frame.

The 50m of passages surveyed were of roughly rectangular cross section and between 1.7 and 1.9m high and 0.7 to 0.9m wide. This profile has been found to be fairly common in air-raid shelters dug during the First World War in Thanet.

At four points in the system, seating had been provided by means of benches cut into the side of the tunnels.

The many distinctive tool marks observed show that the tunnels had been excavated by means of a mechanical pick.

The circular passage had been dug from two directions and a miscalculation caused a slight miss-alignment in both direction and height. The tunnel that was dug ‘anti-clockwise’ from the blocked entrance was 1.5m lower than the ‘clockwise’ one which resulted in a short joining link with three steps. The chalk steps showed little sign of wear which would suggest that the shelter was not heavily used. Lighting appeared to be by simple candles or oil lamps hanging from iron rods inserted in the walls. A number of candle niches were found, some still retaining short stubs of candle. 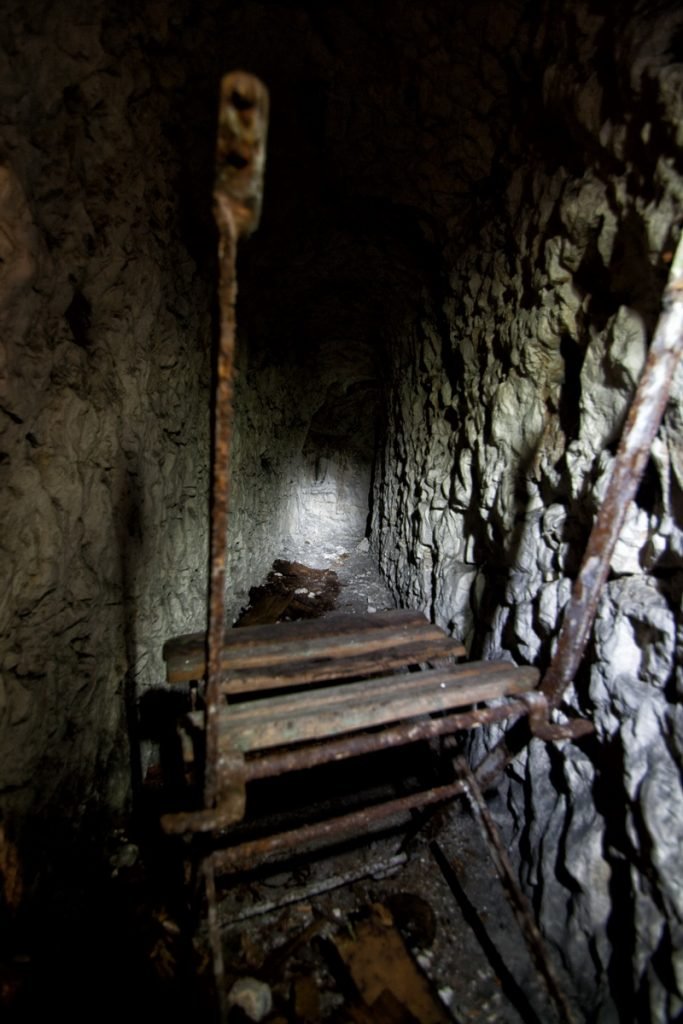 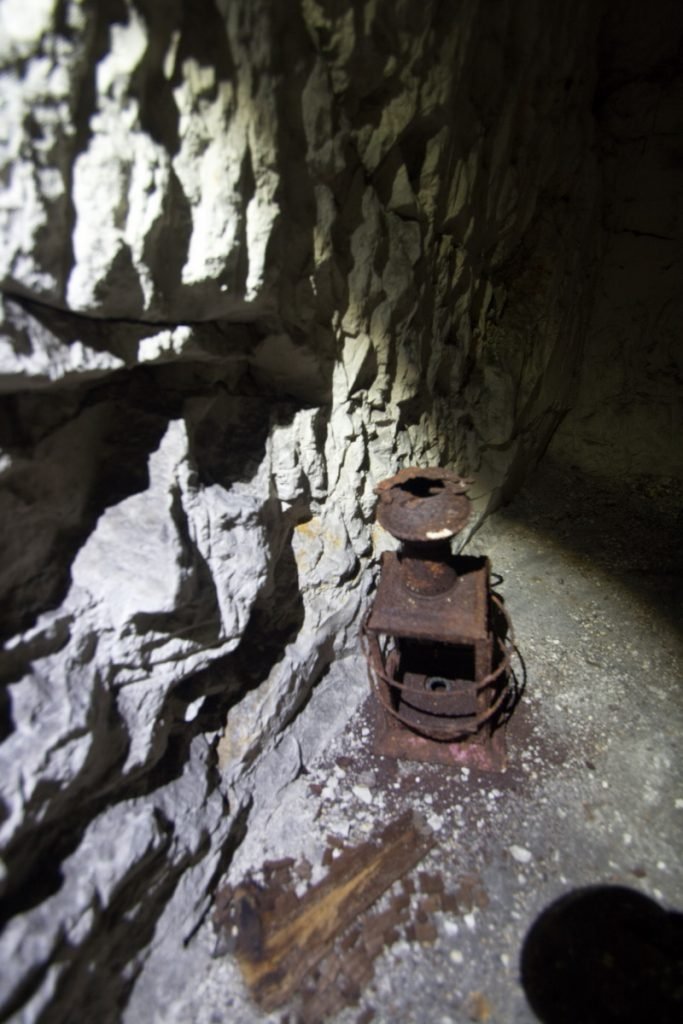 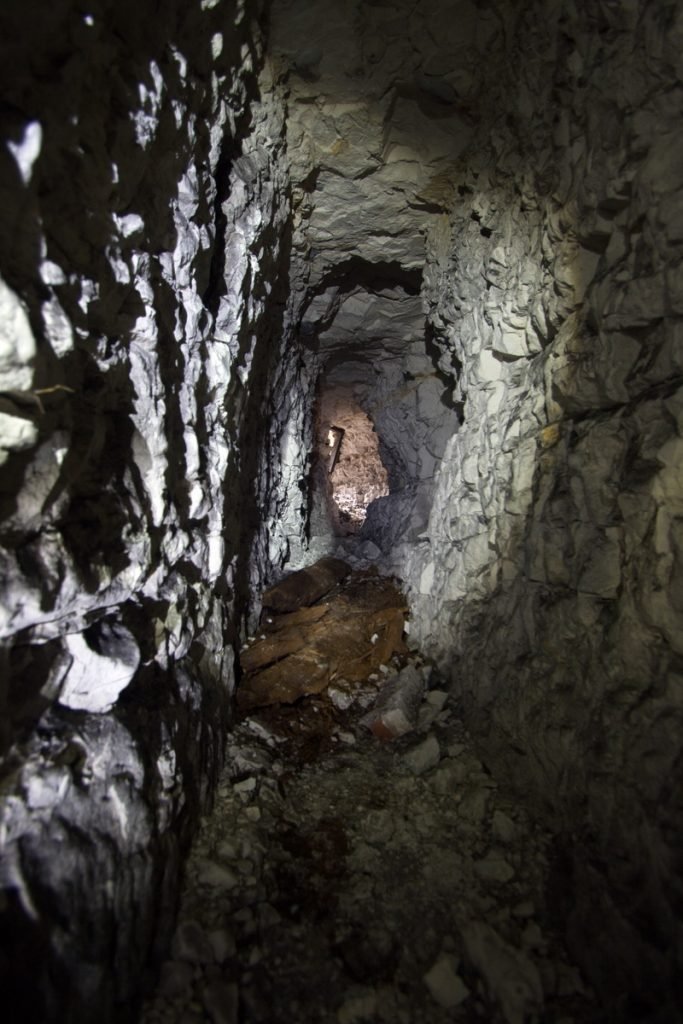 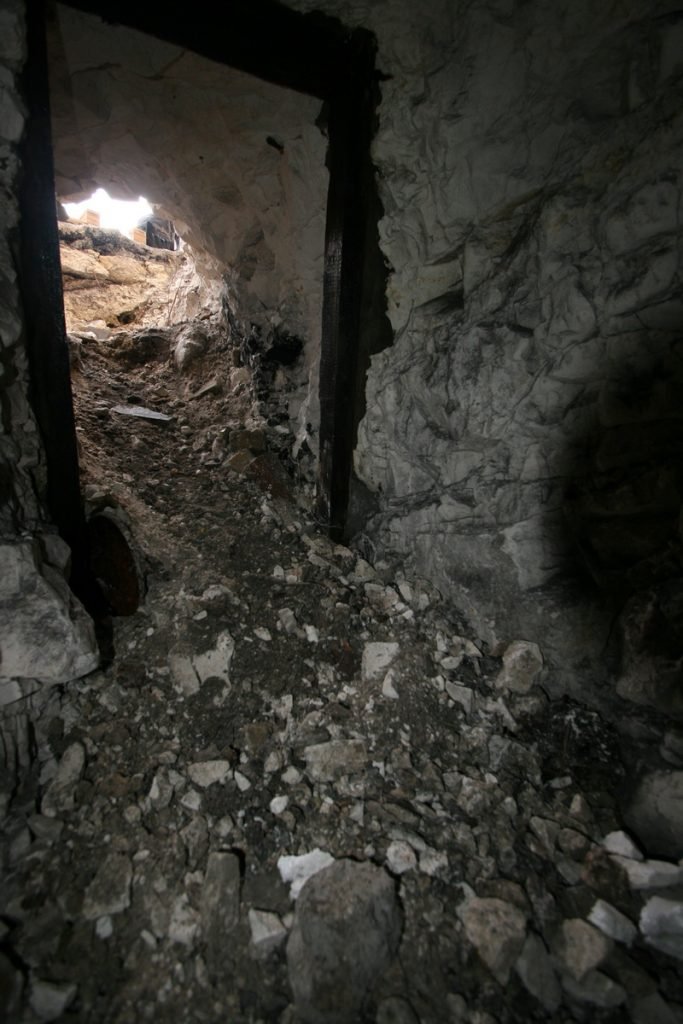 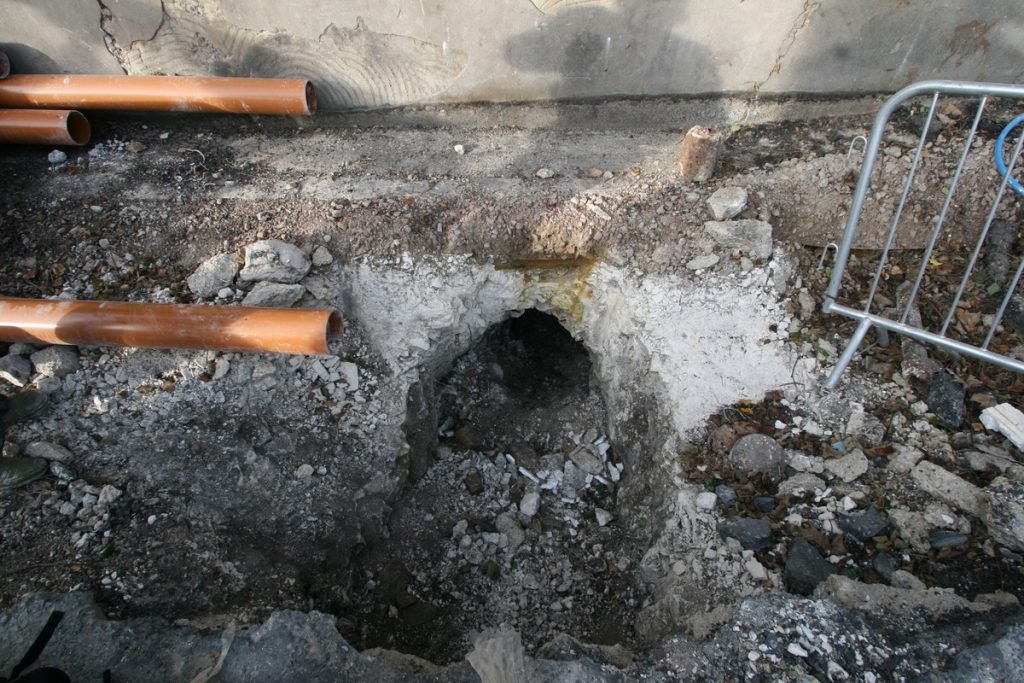 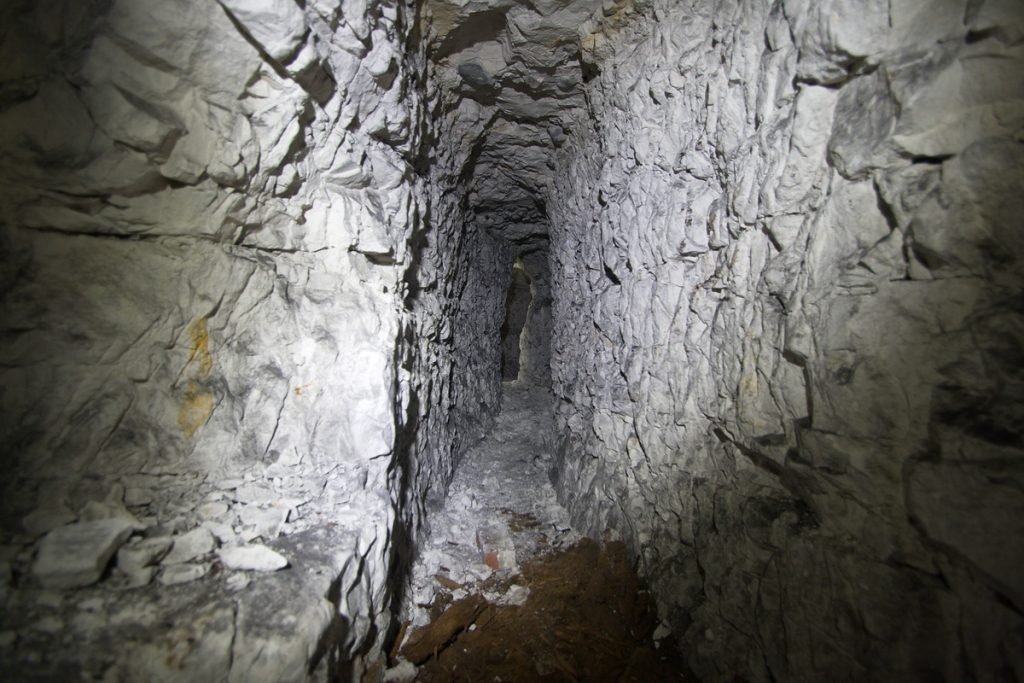 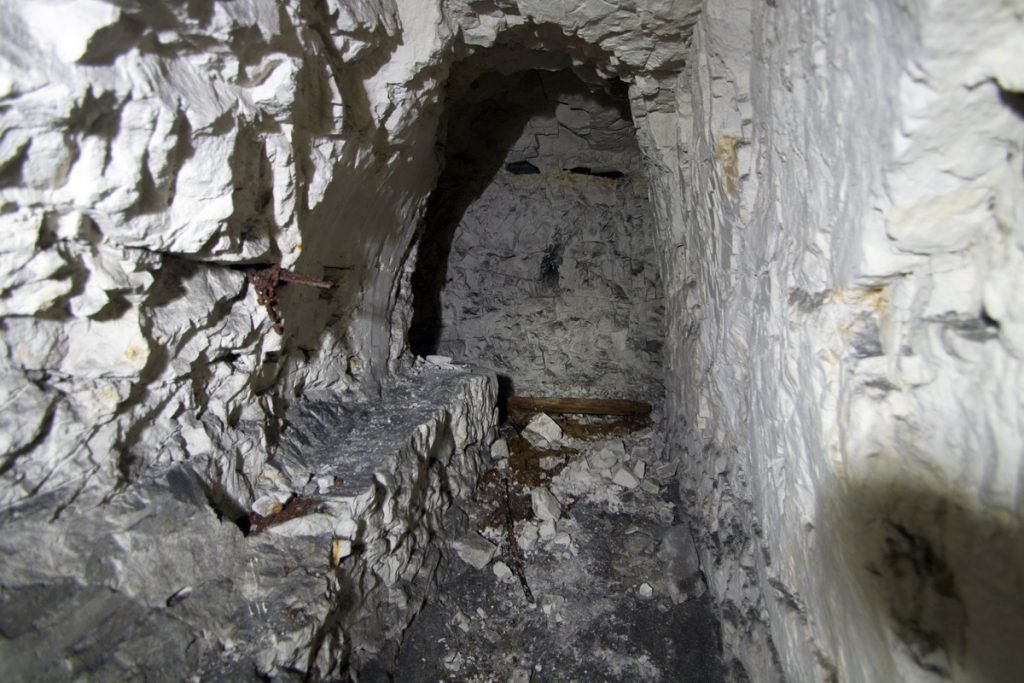 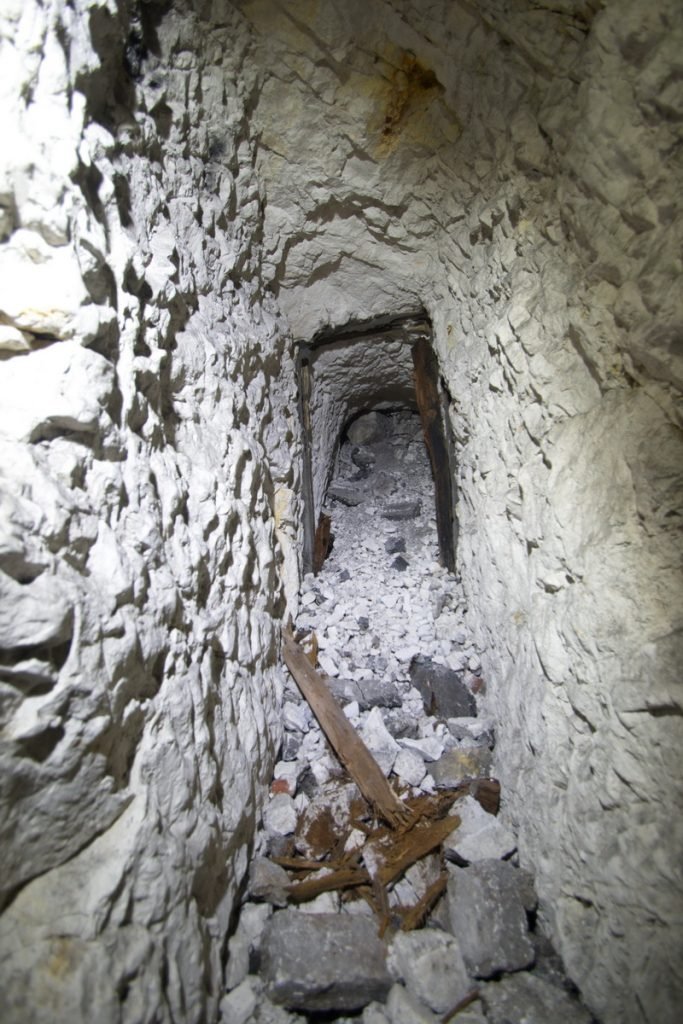 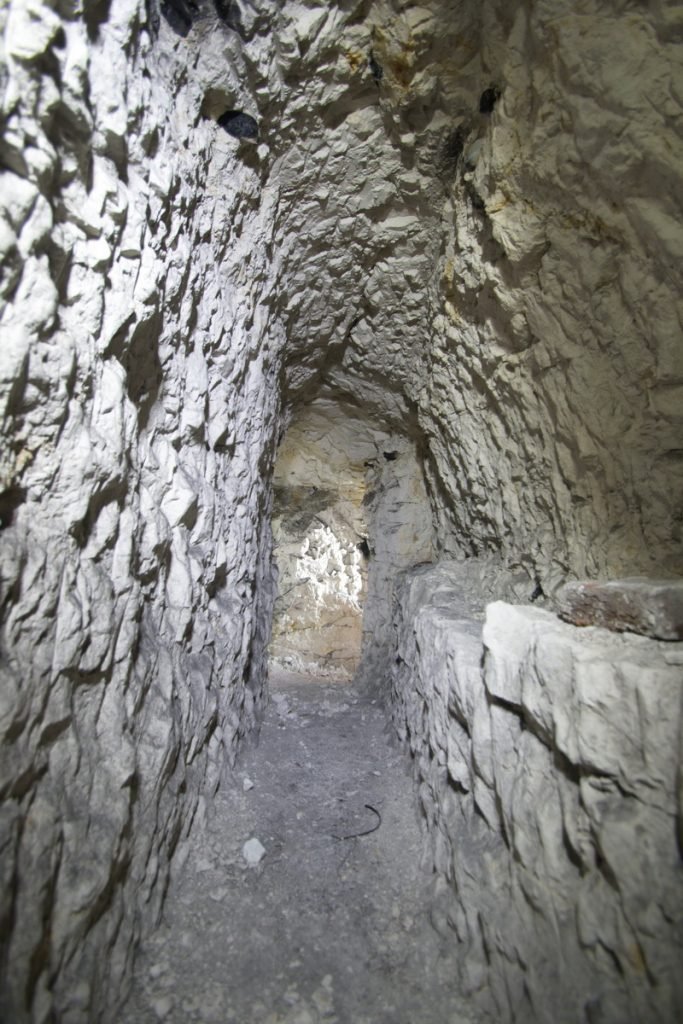 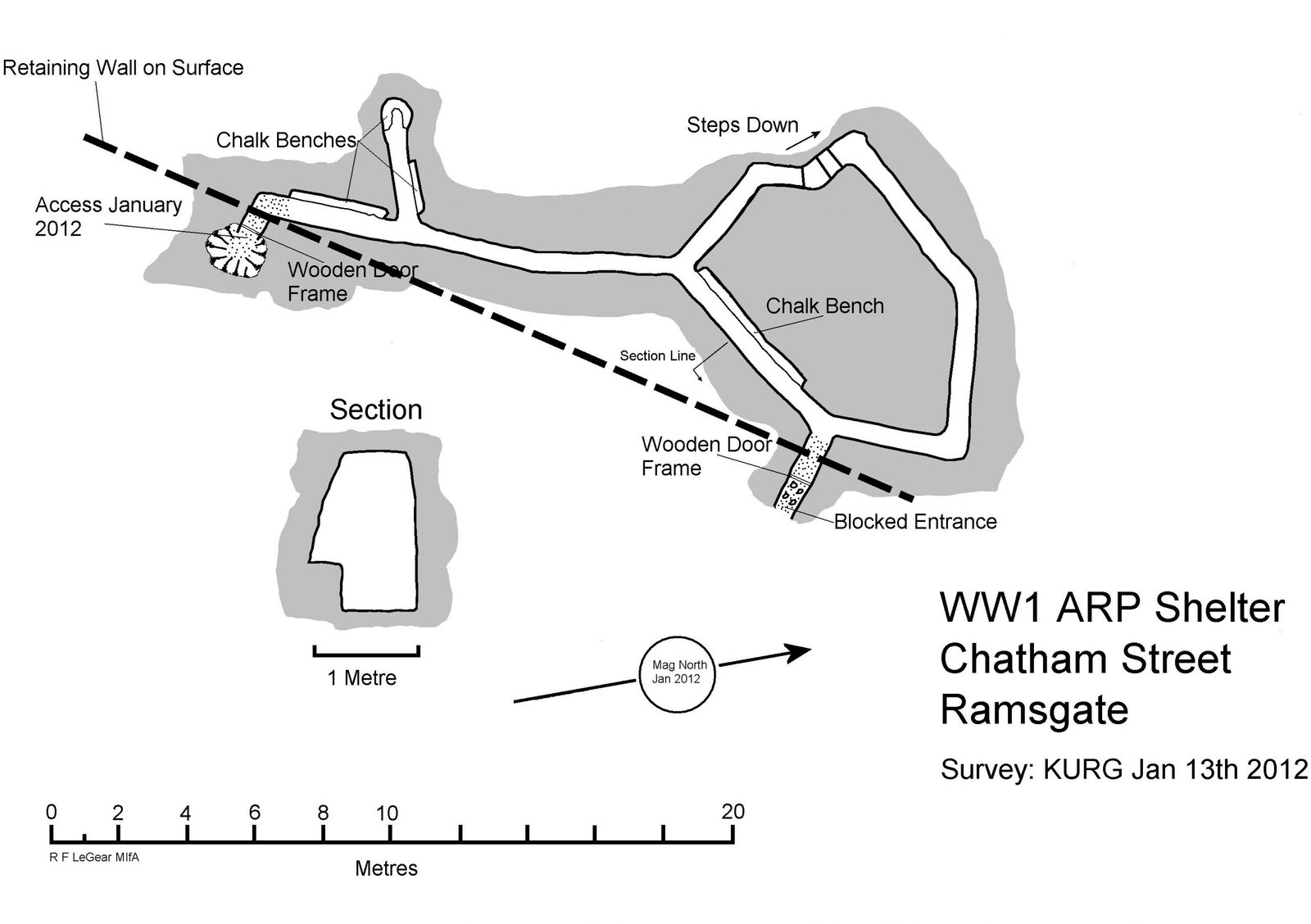